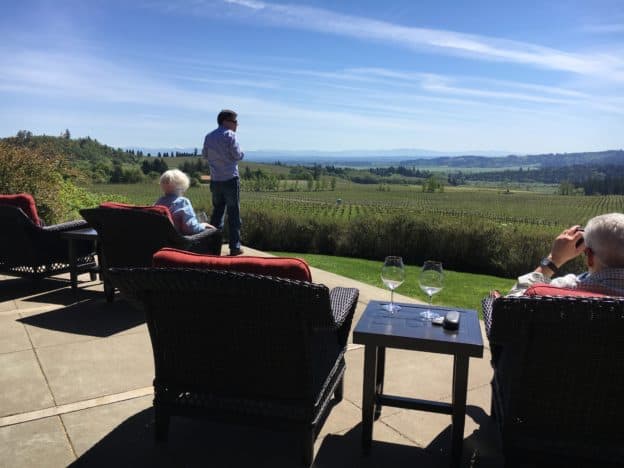 What makes expensive wine so expensive? I get this question more than almost any other. And it is a great question. Many layers weave together to create a wine’s price tag (Wine Economics Part I, Part II, and Part III only scratch the surface). However, a remarkable reality persists—the large majority of wine drinkers don’t particularly enjoy drinking expensive wines, especially the exalted wines of the Old World*. Blind tastings of regular folks have consistently shown no correlation, or even a negative correlation, between the wines they like and the price of the wine.±

The tasting descriptors of lauded Old World regions provide clues as to why this phenomenon exists. Open a five year old Beaujolais Cru from Morgon, France, and the slate stoniness and tart acidity, along with the second-fiddle role of fruit aromas and flavors, shock many wine drinkers. Head south to the Northern Rhone of France, and the Syrah punches the palate with savory black olive, bacon, white pepper, and charcoal. Aged Bordeaux? Wet dusty road, tobacco, truffle, compost, and gravel, with fruit once again singing back-up. The list of the “great” wines goes on in similar fashion. And on. Karen MacNeil argues that Great Wine must display a degree of non fruitedness. See the tasting notes above, and you get her point. For most, though, non fruitedness dominates many of the  great wines, sucking the pleasure provided by the primary fruit flavors.∞

So why the hell does anybody want to drink the expensive stuff? Some argue that wine drinkers experience an evolution of the palate. In reality, the exploration of wine becomes academic. How does a presentation on the macroeconomics of suburban zoning arouse the minds of some fellow humans (this one’s for you, Mom)? The act of diligent study, over time, begins to stimulate neural connections that never previously existed. Consequently, hard work and forced study slowly shift into a pleasure inducing experience. In the words of Twain, “Then his work becomes his pleasure, his recreation, his absorption, his uplifting and all-satisfying enthusiasm.” Blessedly, for wine drinkers, we get to relish in the initial “work.” Absorption and enthusiasm grab hold, and the mind takes the reigns. How do soil, place, and grapes create this? No, winemakers in the Piedmont commune (village) of Barolo don’t add tar extract into their wines. So how does this happen? A wine enthusiast is birthed.

Enjoy the wines you enjoy. When the hard work takes you to a new place, step into the bizarre novelty that surrounds you.

∞There is certainly an American bias in this article. This bias likely plays a substantial role in answering why Americans’ prefer cheap wines. Our processed food, salt and sugar-added diet likely skews our palate toward sweeter, fruit-driven wines. I would love to see a break down of “average consumer” wine preferences in Europe compared to the United States.