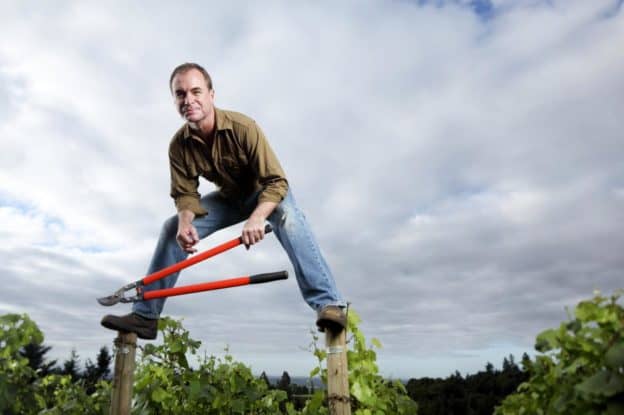 Alcohol has been celebrated with awe for millennia. This mysterious transfiguration of sugar has inspired lore and legend, even religion, until the 19th century when Louis Pasteur proved that yeast is the mechanism at play. We now understand, in winemaking, a variety of yeast strains carry out the primary conversion of grape sugar into alcohol. Only a few wines, however, utilize the yeast post-fermentation to add novel aromas, flavors, and textures that become a hallmark of the wine.

When yeast have completed their primary task and fermentable sugars have turned to alcohol, the energetic yeast begin to rest and settle to the bottom of the fermentation vessel. Many styles of wine require winemakers to then rack, or move, the wine into another vessel and away from a majority of the yeast.

This spent yeast, now called lees, has the power to rob wines of their fruitiness, freshness, and energy. Move the wine off the lees or lose the wine’s spark. That is unless you’re making fine sparkling wine or a great chardonnay—these can attribute a part of their greatness to time spent with the dead yeast.

As the lees transition from dormancy to death, the yeast give themselves up to the wine. “As the yeast cell wall begins to breakdown, a couple of months after fermentation finishes, the contents of the cell wall are released into the wine” explains Eric Hamacher of Hamacher Wines in Oregon’s Willamette Valley.

Read the full article here at The Growler.