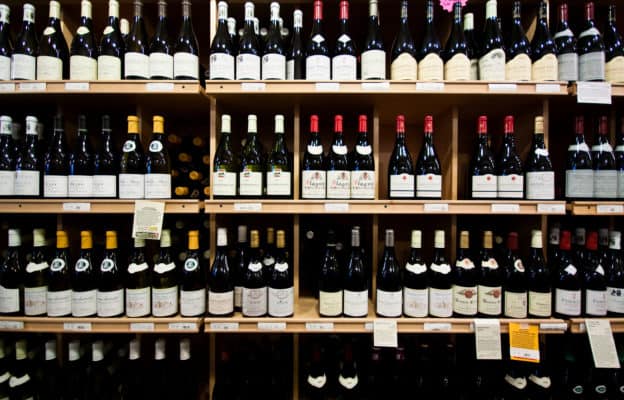 “He walked in, pulled out a roll of hundreds, and flipped me two,” gnarled the no-nonsense owner of a boutique wine shop. He had been paid by the largest distributor in the state for bringing in ten cases of wine.

In his case, a customer requested the cases for a special event—he had no intention of stacking* them in his store. In fact, he thought the wine was shit. He also didn’t know he’d get the payout. From the perspective of the conglomerate distributor, his purchase had triggered the payoff. Send in the man with the wad of Benjamins. Interestingly, Mr. Heavy Pockets is a separate employee than the distributor’s sales rep who typically services the shop.

Nestled on the edge of a wealthy, Midwest suburb, this one-man wine shop prides itself on small-production and high-quality wines. The owner doesn’t cower to the Powers. He simply received an unexpected, free date night, paid for by a customers large order, and mediocre taste.

As I walked out the door with my distributor’s sales rep, he said, “Yeah, I’ve heard it before. I’ve talked to some larger shops that say, “I’d love to stack your wine, but I can’t give up the $140 a month I get for that stack.” Both the winery that employs me and our distributor here can’t play this game. Both small and family-owned with honorable values statements, we wouldn’t dare, nor can we afford to dance this dance.

The words “pay to play” get thrown around frequently in the wine world. In the age of wine distribution mergers, the game keeps getting scarier for the thousands of small to medium-sized wine producers. You want your wines on certain shelves and restaurant wine lists, get ready to pay. While not always Benjamins, money flows to these accounts circuitously. And we’ve only talked about distributors.

Over the past week, Wine Spectator released their “Top 10 Wines of 2016” through a countdown. Seeing the producers on the list from my region, and having tasted hundreds of 2014 Willamette Valley wines, I have a tough time believing these producers landed on the Top 10 by merit of the juice alone. In fact, Wine Spectator doesn’t even deny the non-blind nature of the picks. While most of the industry uses the term “X factor” to describe a thrilling bouquet or texture that carries something unique and sublime, here Wine Spectator directly states something quite different:

“Then when you take the bag off, that’s where the X Factor comes in. Is it a new domain, new producer, great value? What is it about the wine—that’s the back story that adds to the excitement.” Senior Editor James Molesworth, Wine Spectator

And of course, how did these wines receive their high scores in the first place? Plenty furrow their brows at the correlation between advertising dollars spent and scores received. Here I do not levy my claim at Wine Spectator alone, nor do I levy it at all publications. None the less, plenty of room to wonder.

While none of this news should surprise us in the 21st century, it should still unnerve us. And if you want to settle those nerves, go find that honest suburban shop owner and ask him what he recommends. It is the path to better wine and a better world, locally and globally.

*Stacking = to stack multiple cases of the same wine to prominently display it, typically reserved for the $15 and under category in medium to large wine, beer, and liquor stores.

One thought on “The Sandbox”